About Chlorhexidine: The Molecule

In healthcare or commercial use, CHG is one of the more commonly used forms of the chlorhexidine salts due to its ability to dissolve in water and deliver the molecule in an effective way.6 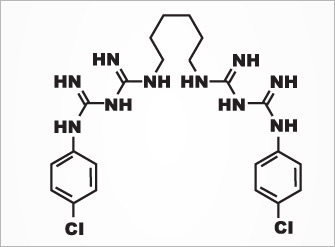 CHA has also been bonded to polyurethane and other surfaces for use in medical devices.